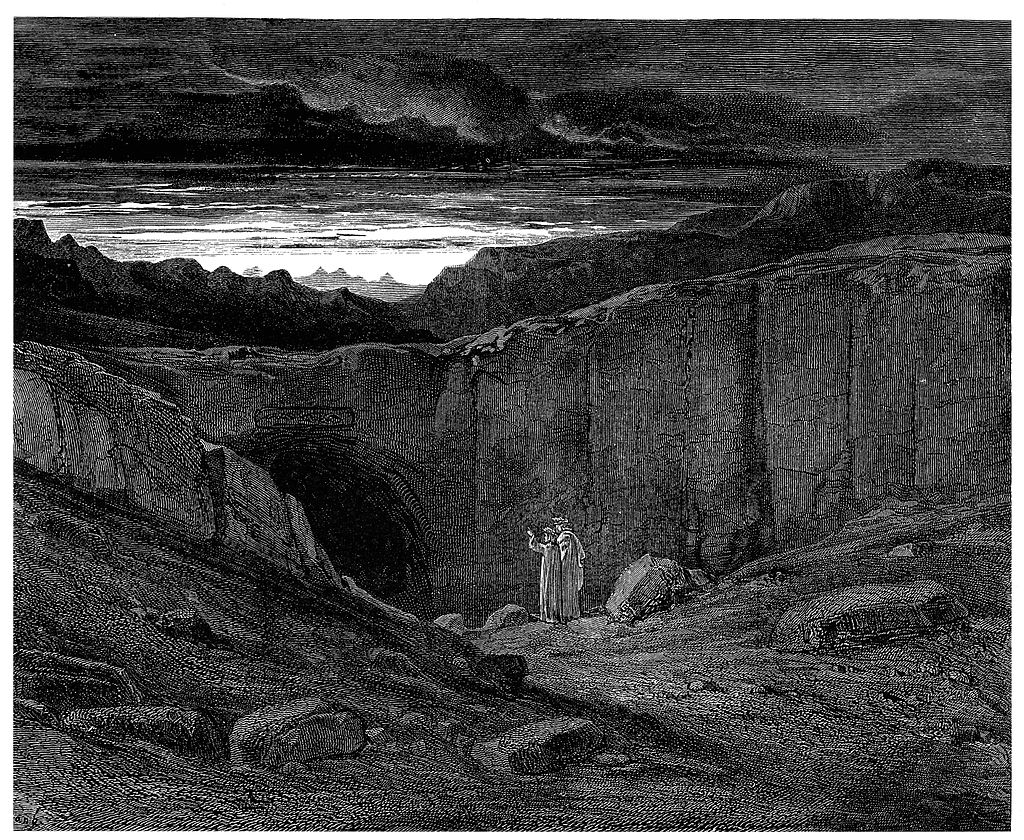 Hell, as the temporary or eternal destination of a soul after this life is ended, has never been a part of my personal religious beliefs — not even when I was numbered among the Christians.  Whatever else awaits — or does not — the Divine of my understanding would not assign such a fate or entertain the existence of a place, state of being, or destination for maximizing suffering.

That said, I am, of course, aware of the role and lore of Hell in our culture.  I have read the Revelation of John, the Inferno of Dante, and the popular media of centuries.  I recognize a need and a role in religion for Judgment, for weighing the effects of a person’s actions over a lifetime for good or for ill.  I do not agree that such a Judgment requires an available penalty such as eternity in Hell.

When questioned about the Hereafter, I must honestly say that I do not know what happens to the soul of an individual when this life is over, when the soul passes through the Veil between this life and whatever lies beyond.  I am quite certain that no one else can speak with absolute confidence, either, because anyone here present and able to speak has not yet made that full transition. We rely on near-death experiences, dreams, stories, messages from Beyond, and beliefs in abundance — as well as firm faith in promises made and embraced.

The best we can manage is confidence that there is Something beyond the Veil — and we find comfort in knowing that Something as the Summerlands, Valhalla, Heaven, the Beyond, the Hereafter, or Paradise.  Its existence is consistent with threads and themes in religions around the world and throughout humankind.  I neither confirm nor deny its existence.  Instead, I encourage expecting peace and oneness with the Infinite and with all who have gone before as the dying approach and finally pass the Veil. In compassion, I can do no less.

Until now, I have denied the existence of Hell.

On the one hand, in seeking to bring about the kingdom of Heaven on Earth, we recognize the goal can, at best, be approximated this side of the Veil, and we can work toward it.  Hell, on the other hand, exists and is manifest in the here-and-now.  Hell on Earth is far more real than any hope of Heaven on Earth — and more so, as time goes on.  We have created Hell, and it shows no sign of disappearing.

And consignment of a soul to Hell does not seem to depend on the merits or actions of the individual during this lifetime.  Indeed, babies and small children are among the innocents most likely to suffer Hell’s torments without hope until an early demise or, worse, a continuing lifetime of pain inflicted not by a punitive God but by their parents, caregivers, peers, teachers, and other humans — sometimes in ignorance, sometimes in neglect, and often with intent.

Until we put as much of ourselves into creating Paradise, we can at least acknowledge the experience of Hell and reach out to free the souls therein to life on Earth.