Follow At Home in the Sacred Grove on WordPress.com 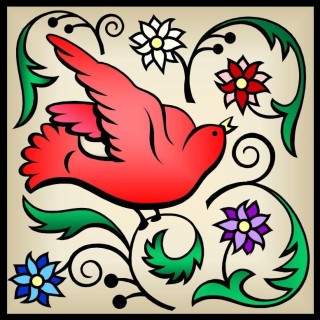 from Witches and Pagans 2014

Just in time for the [insert winter solstice holiday of your choice here], I converted to a new theme that should be easier for me to handle and invested in some customizing capability, relocated the home page to the Sacred Grove SWC domain name (which I have renewed for at least 2 years), restructured the menus a bit, and started filling in the Book of Shadows.

Our liturgy was initially developed by Wilddragon about 20 years ago, and it has served us well ever since.  For a course in liturgy and ritual design at Cherry Hill Seminary I tweaked it a bit and fleshed out some rituals and the Wheel of the Year.  The Wheel of the Year is in place, most parts under construction, but examples of the form are there.  More to come.

Please comment (I haven’t seen how that is working yet) or email me at webweaver@sacredgroveswc.org when you’ve had a chance to look it over.

Mysticism as a word derives from the Mystery cults of Ancient Greece. Secret societies/cults promised to initiate the recruit into the ‘deeper Mysteries’ of the cosmos.

However the mystical experience itself can be traced back into the mists of time as an altered state of consciousness that somehow connects one with Ultimate Reality behind  the Universe.

Mysticism is, in its essence, an experience of such a connectedness and not primarily a belief in such a possibility. Hence it is rarely found within religious or spiritual groups of ‘believers’ who take their cue from sacred scriptures or holy writings rather than personal experience.

The Path of Inspiration.

Some very good advice on exploring your spirituality without a “godphone” or other such direct connection.  I’ve been basically proceeding on similar lines, and it’s worked very well for me.

People are all exactly alike. There’s no such thing as a race and barely such a thing as an ethnic group. If we were dogs we’d be the same breed. George Bush and an Australian aborigine have fewer differences than a lhasa apso and a toy fox terrier. A Japanese raised in Riyadh would be an Arab. A Zulu raised in New Rochelle would be an orthodontist. I wish I could say I found this out by spending arctic nights on ice floes with Inuit elders and by sitting with tribal medicine men over fires made of human bones in Madagascar. But, actually, I found it out by sleeping around. People are the same, though their circumstances differ terribly.

Most dictionary entries trace the etymology of “compassion” to the Latin word compati, “sympathy”- com “together” + pati “suffer”. But it also seems to be a “loan-translation” from the Greek word sympatheia, which means essentially the same thing… although the root pathos means “feeling” in general as much as “suffer”. “Sympathy” in English first had a magical connotation, as in “sympathetic magic”, then gradually came to also mean “fellow feeling” and the like.

This bit of word-trivia has been a guide while I’ve been trying to come to grips with the concept of “compassion”, and what it means to me. It’s one of those words that are bandied about too often, with the definition changing to suit the user; portrayed as strength or weakness, virtue or vice by turns. So I’ve felt compelled to come up with a definition that works for me:

It is not an action in and of itself, but a state from which one acts, that can inform and animate ones actions. And of course, the lack of compassion can do the same.

For me, one of the most important manifestations of compassion is the acknowledgment of the humanity of other human beings. Most if not all of the greatest crimes of human history come from the denial of humanity in others. When we demonize another person or nationality, objectify another race or culture, this is where true evil comes in- not the grandiose Luciferian sort, or the alien Lovecraftian sort, but the brutal banality of Orwell’s 1984 or the ugly hysteria of Rwanda or the Sudan.

How often do you hear “those people just aren’t human” or “anyone who would do that is just an animal” or “He was a monster!”? We use these phrases and others to distance ourselves from others’ actions when we find those actions repugnant. We don’t like to think that the people who rape and murder and commit other atrocities are just as human as we are… much less vice versa. Not a comfortable thing, not at all.

More pernicious is when the non-compassionate mindset is used for the sake of profit or convenience. When factories re-locate to third-world countries because costs are lower there, and turn a blind eye to the horrible conditions in their factories.

This isn’t a strict guideline; no important choices are ever easy. Compassion does not tie our hands; it is not a weakness. We still must judge between actions and between people. Compassion is fundamentally a form of understanding. It’s important to remember that to understand is not (necessarily) to approve; that to explain is not to excuse. We can forgive without leaving ourselves vulnerable- “trust but verify” is a fine rule of thumb, as long as its cynicism is balanced by compassion.

Compassion is not a justification for universal pacifism. It is not a crutch, or an excuse for inaction. Sometimes it may be necessary to harm another human, even kill them, for the greater good. Adding compassion to the equation will not necessarily change that. In many cases, the action taken must be instinctive and decisive.

Compassion also applies to positive actions- charity, mercy, hospitality, and the like. I think it is true that an act of generosity is as much for the benefit of the giver as of the recipient. But if that act is motivated by condescension or self-importance, or even worse by schadenfreude, it harms both the subject and the object. This is not a call for altruism- that’s a different and IMHO more contentious topic. But I think that compassion can provide the enlightenment for enlightened self-interest.

Like any guiding principle, compassion should not be the only think to rule one’s life. Extreme selflessness can be as bad as extreme selfishness. I believe in a dynamic balance in this as in all things. But compassion is an important touchstone nonetheless.

Compassion is one of the higher functions, like love, or creativity, or “common sense”- something that lifts us above the brute reactive mode, the fight-or-flight instinct, the herd impulses of fear and comfort. The new era dawning demands this sort of response- an emphasis on connection to compensate for the increasing plurality and disintermediation, an emphasis on personal responsibility to replace or at least supplement the fading standards of the hierarchical era.

Of course, like so many things, this a goal to strive for, and one that we all will fail to achieve at first. No, I’m not there yet myself- as in so many other things, I’ve only taken the first few baby steps on the path. But the recognition of the need for compassion, and the striving for it- it’s a good start.
—
* I do not deny the possibility of compassion for animals, or at least some of them. But that’s a whole ‘nother can of worms, and one I’m not going to address here.

Revision and Counter-Revisionism in Pagan History

the Aedicula Antinoi: A Small Shrine of Antinous blog for January 14, 2013

The gods are neither stupid nor forgetful

An eloquent argument for a “middle way” between the reconstructionist and “modern Pagan” approaches to Pagan practice.

n the Therioshamanism blog for January 16, 2013

A caution against Pagan fundamentalism

It’s worth pointing out that the author gets misunderstood by some commenters- as far as I can tell, Lupa is not saying that polytheists are more likely than other Pagans to be fundamentalist, just that the polytheism discussion brings the concept up…

So, I get my spouse a Monastery fruitcake every year for Yule (she is one of Those Who Love Fruitcake…).  I must have ended up on Holy Cross Abbey’s mailing list, because I just got an email about their natural cemetery:

Pricing looks reasonable, their policies are environmentally-friendly, and you do not need to be Catholic or even Christian:  “There is not a religious affiliation requirement at Cool Spring, but elements of your specific religious tradition may be incorporated into your burial service.”

“And you have to remember that religion is of itself neither good nor bad. Christianity has produced the Ku Klux Klan. Christianity has produced those who killed doctors that perform abortions. Religion is a morally neutral thing. It is what you do with it. It is like a knife, a knife is good when you use it for cutting up bread for sandwiches. A knife is bad when you stick it in somebody’s gut. Religion is good when it produces a Dalai Lama, a Mother Teresa, a Martin Luther King.”         — Bishop Desmond Tutu